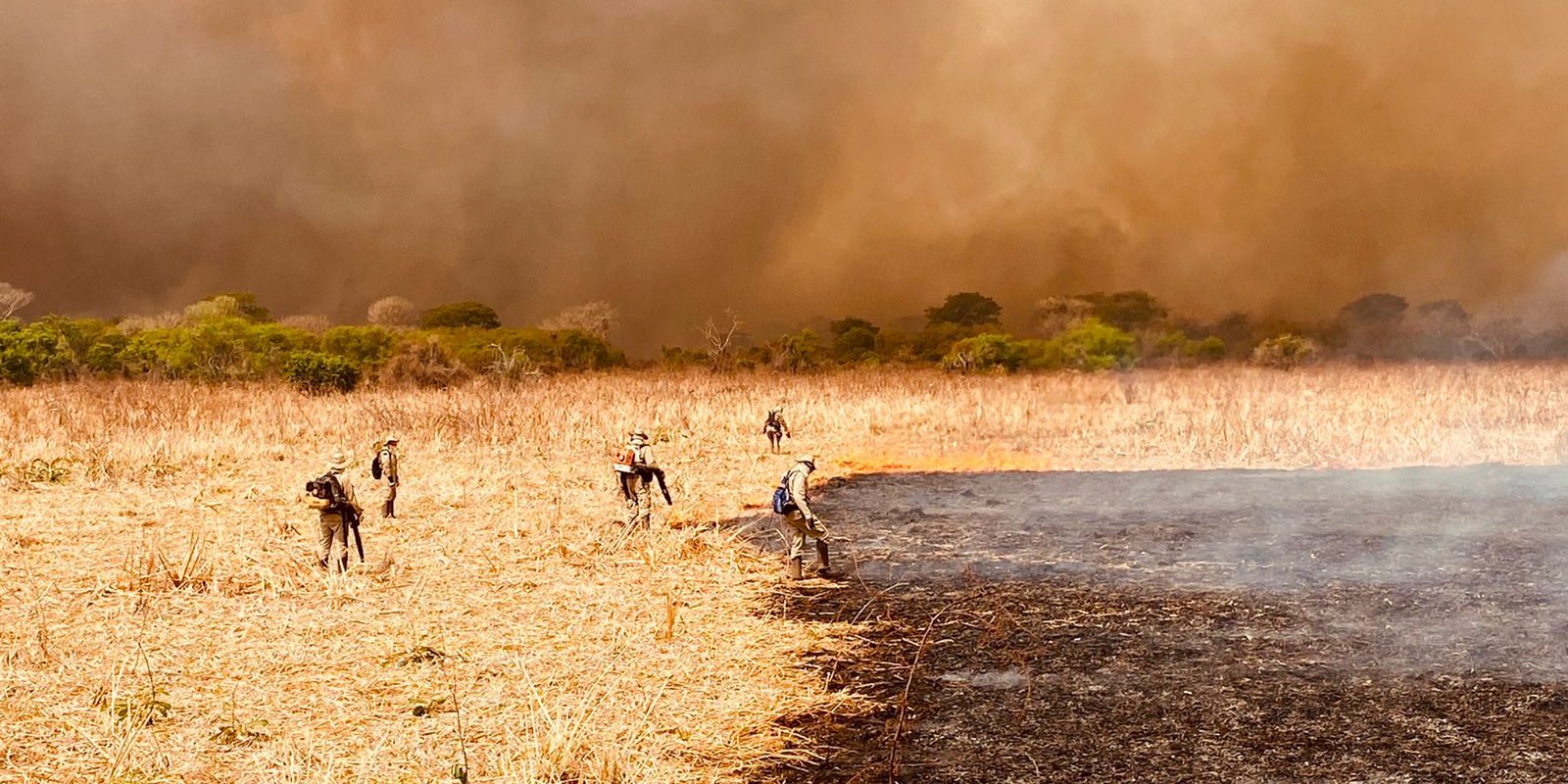 One year after devastating a huge portion of the ecosystem, wildfires are once again threatening the Pantanal, the world’s largest wetlands which Brazil shares with Paraguay and Bolivia and where once again animals, including jaguars are being rescued – or fleeing – from the fires.

The huge task undertaken by emergency workers and volunteers, who are braving the smoke, the intense heat and the imminent danger from the flames to bring threatened members of animal species exhausted from fleeing the fires, is of great concern to environmentalists and residents of Mato Grosso state, an agricultural and forested region in west-central Brazil that borders on Bolivia and Paraguay.

The Transpantaneira Parque Highway which, despite being relatively primitive and difficult to traverse along some stretches, is one of the most-visited routes by domestic and foreign tourists wanting to take photos of exotic birds, alligators, jaguars and other wildlife, but the region through which it runs was destroyed by the fires in early September.

Figures from the state-run National Institute for Space Research (INPE) show that between January and August there were 2,384 fires noted in the Pantanal, 76.5 percent fewer than during the same period in 2020. August, too, with 1,505 fires, also showed a marked 74.6 percent decrease compared with August 2020.

Despite the considerable reduction in the number of fires compared with last year, authorities are not seeing a favorable panorama in early September, when the prevailing drought in the region is getting more intense. Last September, with 8,106 fires, was the worst month ever, setting a record in terms of INPE’s statistics, which the institute began keeping in 1998.

The clouds of smoke are spreading over the 147 kilometers (91 miles) of the highway park that links the city of Pocone with the district of Porto Jofre, where the Estadual Encontro das Aguas Park is located, Brazil’s biggest jaguar sanctuary.

A spokesman for the firefighters told EFE that the fire in the jaguar preserve began during a thunderstorm with a lightning strike that destroyed a mobile telephone tower.

The National Security Force, a specialized elite police unit, was deployed by the Justice Ministry to Mato Grosso to help fight the fires, thus creating a force of 4,000 personnel from different security and emergency entities who are being supported by tanker aircraft that fly over the fires and douse them from the air with water and chemicals.

In 2020, the Brazilian Pantanal experienced the most serious fires in its history that devastated 26 percent of the local bioma, equivalent to 4 million hectares (about 10 million acres, and an area larger than the nation of Belgium), and affected 4.6 billion animals, including millions of insects needed to ensure biodiversity balance.